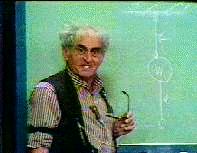 It is said that truth is stranger than fiction. This certainly holds true in Castle Frightenstein, as one of the strangest creatures within its walls is a real person — the Professor, Julius Sumner Miller. The Professor sketch starring Dr. Miller is the principal educational segment of the show, and appears in every episode. As he himself says, the Professor is a businessman, and physics is his business. And this is a man who certainly loves his work.

In each installment of his show, the Professor wows us with his understanding of nature and invigorates us with his enthusiasm. As the lights turn up on the castle foyer the Professor welcomes us all: children and parents, teachers, men of the cloth, etc., to this place where strange and wonderful things happen, as he puts it. With his wild (and sparse) grey hair and wrinkled clothes (striped shirt with sleeves rolled up to the elbows, black vest and slacks), his appearance is that of the stereotypical old teacher (or perhaps mad scientist?). On the bench before him or off to the side he always has some apparatus set up for the day’s demonstration, and behind him the green chalkboard where he does a little math or draws a diagram. The Professor covers all the physics standards: acoustics, motion, fluid flow, electromagnetism, etc. He never discusses optics though. The pattern he follows in the lessons is that of the scientific method: pose a question, consider the possible answers, then perform the experiment to find the truth. The Professor just loves it when the outcome is paradoxical, and he milks it to the limit to get us thinking. Unfortunately much of the material he covers is over the heads of small children; they are still entertained though by the magic tricks he performs with physics, like the spinning wheel that supports itself, and the electromagnet that shoots a iron nail. Quite a character, this man.

Examples of topics discussed by the Professor:


Prof. Miller apparently had something of a global reputation around the early 70’s as a physics instructor. He had a popular TV show in Australia around then, and even had a fellowship named after him at the University of Sydney! 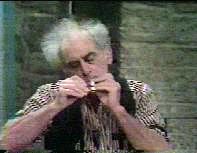 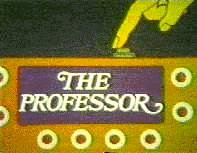 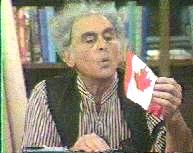 Professor — “Physics is What?”

Professor — “Maybe on the Moon”

Professor — “As e to the mu theta”

Professor — “I just love that”